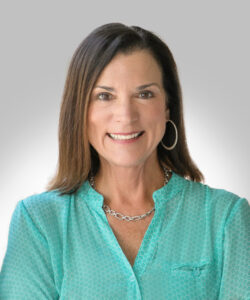 As VISIT FLORIDA’s President and Chief Executive Officer, Dana Young leads Florida’s official destination marketing organization in partnership with its Board of Directors and the statewide tourism industry.

Throughout her career, Dana has served in leadership positions working to cultivate and protect Florida’s exceptional business climate and a world-class quality of life. Dana served in the Florida House from 2010 through 2016, rising to Majority Leader for the 2015 and 2016 legislative sessions. In 2016, she was elected to the Florida Senate, where she represented parts of western Hillsborough County for two years. Dana was appointed to the VISIT FLORIDA position by Governor Ron DeSantis in January of 2019. In addition to her duties as President and CEO, she is a member of the U.S. Travel Association’s Chairman’s Circle.

Dana is a sixth-generation Floridian and was born and raised in Tallahassee. She received her undergraduate degree in Political Science from Florida State University and, in pursuit of her interest in law and public policy, graduated from the University of Virginia School of Law in 1993, and maintained a robust environmental law practice for many years. In her free time, Dana enjoys spending time in natural Florida and tarpon fishing with her husband, Matt, and two daughters, Alexandra and Carson.

The premier educational conference for the Florida tourism industry